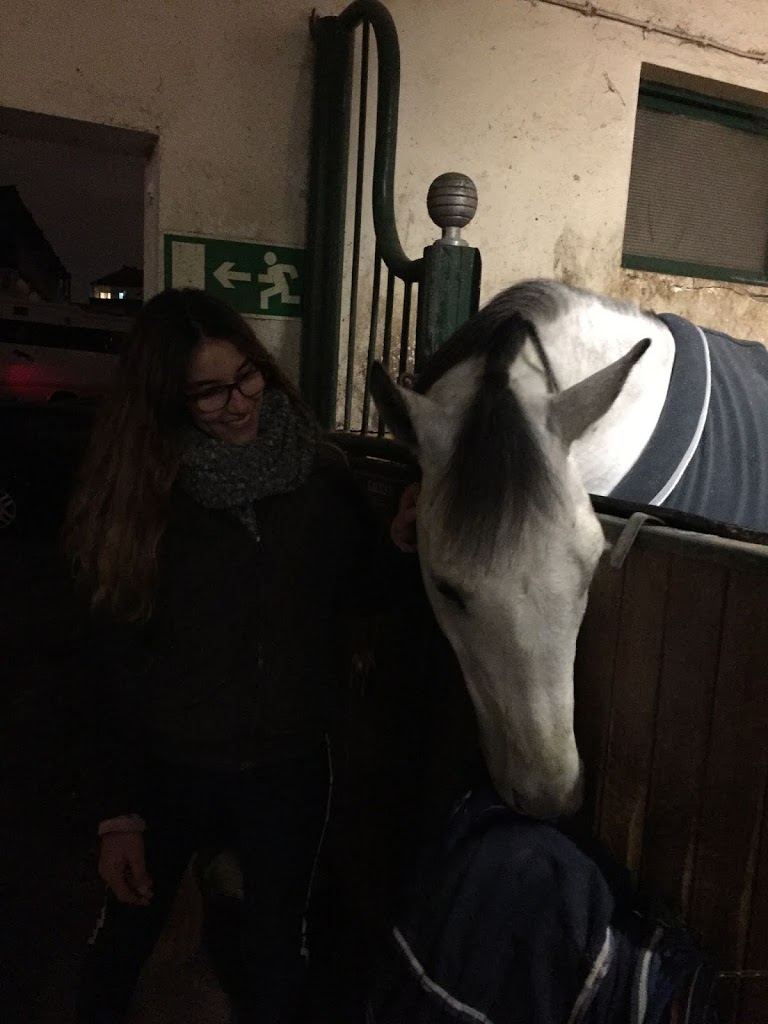 Ahhhh, I’m finally laying on the couch after two weeks of exams. It feels so nice to have time again!
The first few days after Gali came back were hard for me. I was trying to combine productive study days with waking up incredibly early to go to the barn, grooming him, taking care of the suture, hand walking him and prepping the meals for the rest of the day – he’s taking lots of supplements and I didn’t feel okay with asking anyone else to do it for me but I’m leaving that for another post.
Those days were also hard because I felt it was my first time around a horse, I was afraid of doing everything because the fear of doing something wrong was huge. It felt that anything could go wrong in a second. It also didn’t help having so much people trying to take photos with him, Gali needed to be relaxed and there was always someone bothering him.
By the second or third day, Gali didn’t want to eat his meals which was incredibly weird because he usually LOVES food. The situation also drove me crazy because he didn’t drink water and the mash was the only way to keep him hydrated. So that day was the only day I cried since the vet told me he needed surgery.
However, his appetite came back a couple of days later and everything started getting less weird. At least until he had to have most of the stitches removed because he wasn’t accepting them very well, the suture was starting to look so bad.

After that, I’ve been applying a medicine every day. Gali absolutely hates it and has tried to kick me a few times but now I always ask someone to help me. That thing is effective though, it is looking so much better!!! I could post photos but they might be too much for some of you, it’s definitely not the most beautiful thing for you to see!

As for the rest…he’s starting to get absolutely crazy, there’s so much energy inside of him! Hand walking is getting harder because everything scares him now. Today someone made a noise, he bucked and lifted me off the ground, hahaha. 😂
It has been almost a month since the surgery. Hopefully next week I’ll get the okay from the vets to start lunging him!
See you on the next post,
Carolina 💗