Hey, everyone! As you may know, the last time I rode Gali was in September because when I returned from The Netherlands he started showing some weird colic symptoms. The first time I noticed he wasn’t feeling okay was in September, I called the vet, he gave him a couple of shots and after that Gali returned back to normal. Then on the week after, the symptoms returned but the vet said his intestine was working and that he didn’t have pain at all. However, he would lie down and his breathing would get super weird. At some point, the shots stopped working and the vets started thinking he had a cystitis so they put him on antibiotics. Those also didn’t work so the vet started doing metronidazole sessions – which worked! After a few days, Gali was feeling perfect and I started lunging him to build his back again.

In the mean time, we moved to another barn. Gali was looking super happy and it seemed that he was enjoying his new home to the fullest. Everything was going so well that I was planning to ride him on Wednesday, October 16th. However, on Tuesday before going home, I approached Gali’s stall to say goodbye and he didn’t look good so I immediately called his vet. Again, we were at square zero…after all, the metronidazole hadn’t worked and it had just been a coincidence. And again, the symptoms were the same, low heart rate (32) which means no pain but not even two minutes after checking it, Gali would lie down. He showed us he wasn’t feeling comfortable at all.

The decision was to take him to the hospital where he had had his first colic surgery back in December 2018 for further testing. We took him on Wednesday at 5am and by 9am we were there. I left him at the hospital and, on Thursday, the team of vets still hadn’t figured out what the problem was. There was an issue though: his blood tests showed that his lactate was rising a lot and getting close to a scary level. That was when I got their call, asking me to decide between euthanasia (because it was Gali’s second surgery in less than 10 months and they still didn’t know what was going on) or an exploratory laparotomy. I went for the second option and, after 6 hours, they called saying that they had found another enterolith which was much bigger than the one they had found in December. 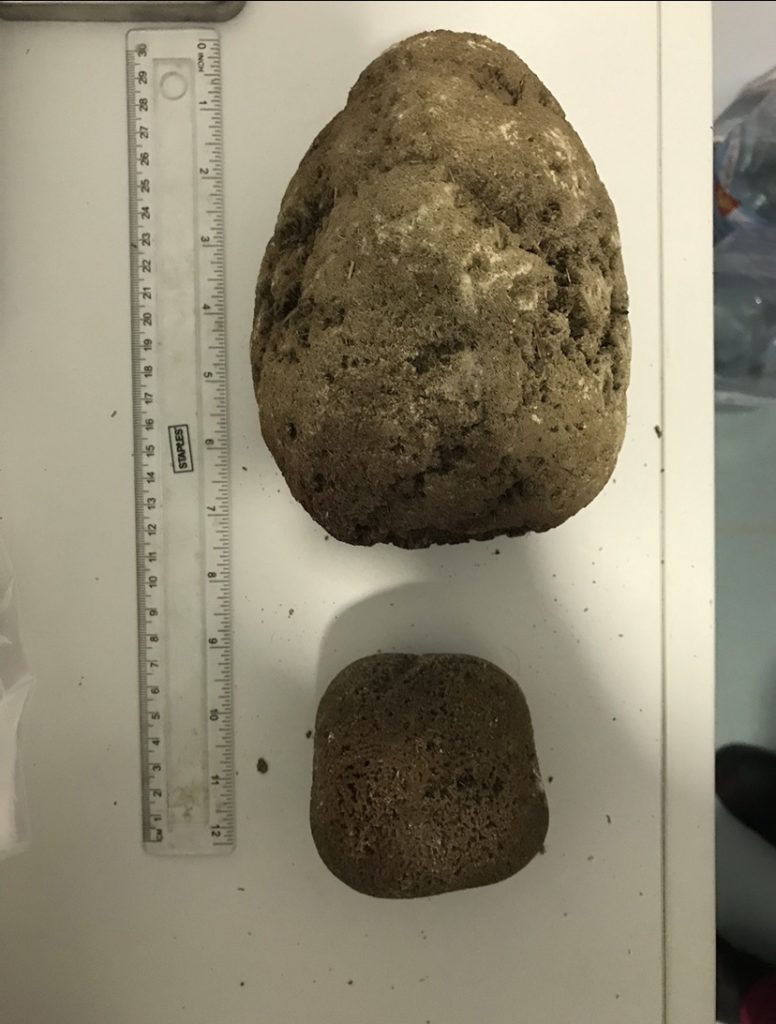 There are still a lot of questions left to answer but what originated that first enterolith was a tiny rock and the second one was a horseshoe nail (what the hell?!!?!). Gali eats everything he shouldn’t and sometimes we can’t control it, although we try to prevent it – I mean, after waking up from the surgery he tried to eat a lead! And even worse than that, instead of expelling those foreign bodies, he forms rocks on his intestine (aka enteroliths). 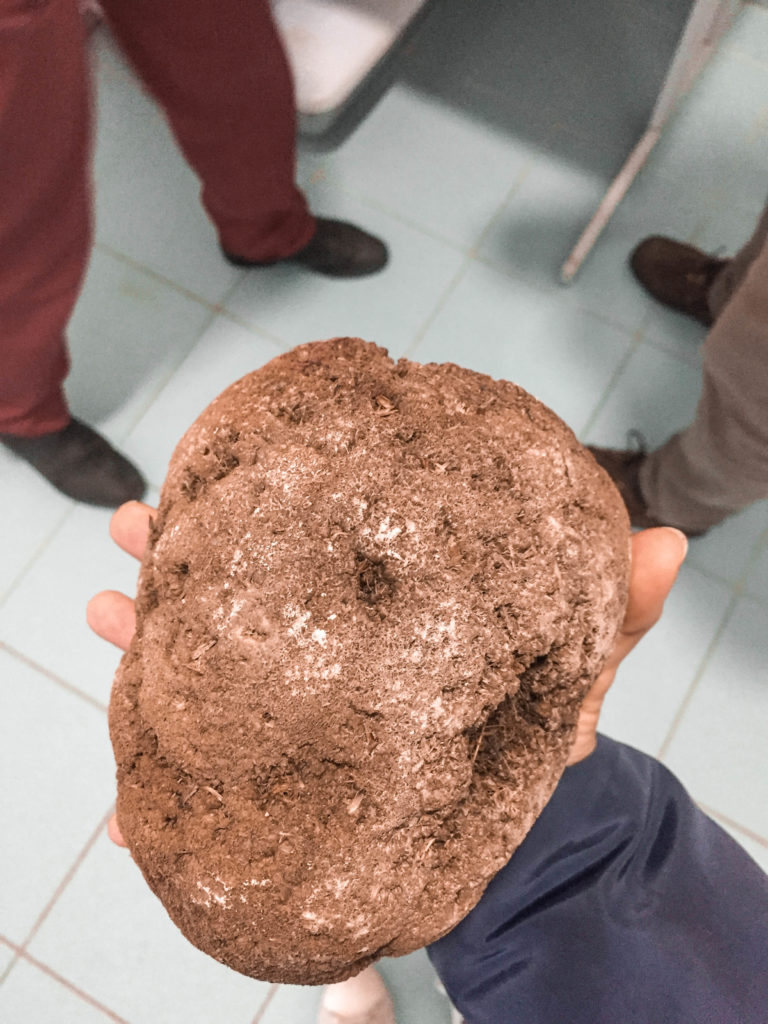 Gali returned home on October 31st. He has lost most of his weight and he has big wounds but his suture is looking much better than the last one did and he looks happy again. For now, the only thing I’m allowed to do is taking him to the cross ties to groom him and clean the suture. Next month, I’ll be able to walk him twice a day. 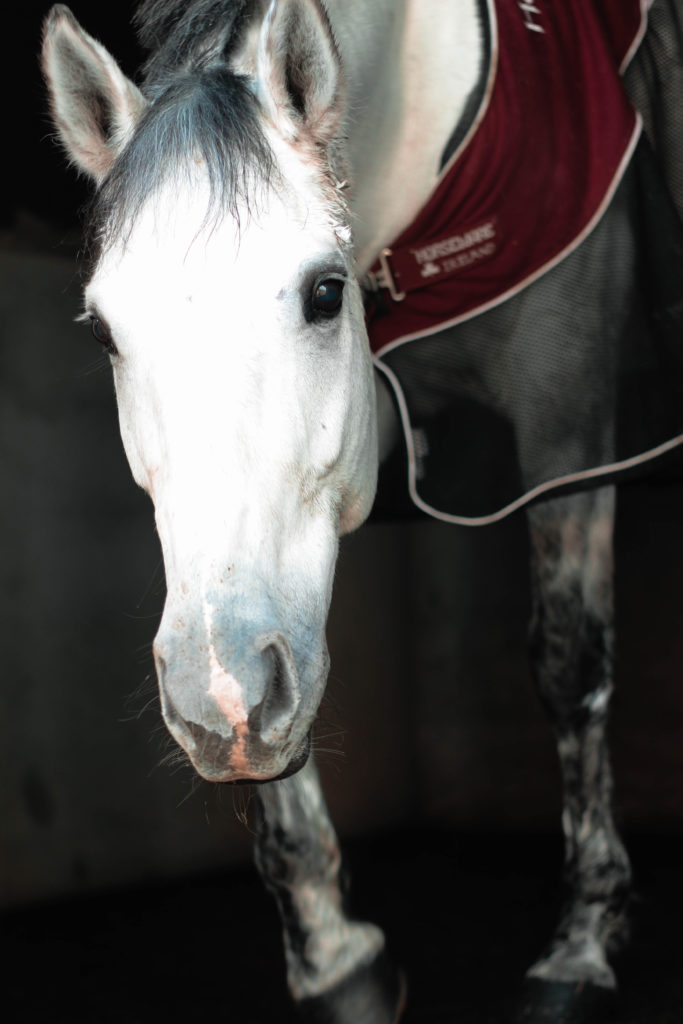 Since this was his second surgery, the recovery period will be longer. I’m also not sure about his career as a sport horse but Gali never gives up so I guess we all know that he will be back sooner than what we expect!

Thank you everyone for your love, you are the best!